(2a)
A solar system is a group of planets, meteors, or other objects that orbit a large star.

(2c)
(i) Mercury:
- It has a solid surface that is covered with craters like our Moon.

- It has a thin atmosphere, and it doesn't have any moons. 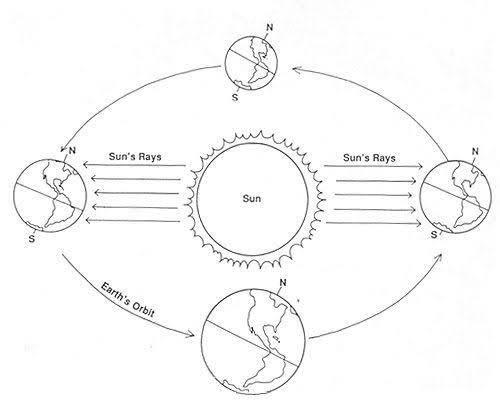 (ii) revolution of the Earth causes summer to become winter.

(iii) the revolution of the Earth causes our daily weather and global climate by affecting wind direction, temperature, ocean currents and precipitation.

(5a)
Environmental conservation is the protection, preservation, management, or restoration of natural environments and the ecological communities that inhabit them.

(5c)
(i) Product Life Extension: This is a method by which the durability of the product is extended by deliberate design, so that the need for replacement would be postponed.

(ii) Recycling: Recycling of the day is a popular and widely practiced method throughout the world by many industrial units.

(iv) Waste Reduction: The problem relating to conservation of resources exhibit in two ways, one to consume or exploit the resources in a minimal way and the other is to avoid or reduce wastage in the process of production.

(6a)
A geographic information system (GIS) is a computer system for capturing, storing, checking, and displaying data related to positions on Earth's surface.

(6c)
(i) Hard ware : Hardware is the computer on which a GIS operates. Today, GIS runs on a wide range of hardware types, from centralized computer servers to desktop computers used in standalone or networked configurations.

(iii) Data: this is the most important component of a GIS is the data. Geographic data and related tabular data can be collected in-house or bought from a commercial data provider

(iv) The space segment:This consists of a nominal constellation of 24 operating satellites that transmit one-way signals that give the current GPS satellite position and time.

(v) Control Segment : the control segment consists of worldwide monitor and control stations that maintain the satellites in their proper orbits through occasional command maneuvers, and adjust the satellite clocks.

(7a)
Remote sensing is the process of detecting and monitoring the physical characteristics of an area by measuring its reflected and emitted radiation at a distance (typically from satellite or aircraft).

(7b)
- A geographic information system (GIS) is a computer-based tool for mapping and analyzing feature events on earth.
While
-Remote sensing is the art and science of making measurements of the earth using sensors on airplanes or satellites.


We Need only 160 Candidates for this Year Jamb Cbt Runs. Only few slot left.. Also note that Our 2022 WAEC GCE FIRST SERIES Midnight Answers Subscription ends on Sat 29th Jan 2022. Note: we don't accept calls. Please, we beg you in the name of God, do all your daily subscriptions AT LEAST a day before the exam, we may not have time to attend to you for daily subscriptions on the exam day.